What do you do when you're not researching?

When I was at university and wanted a rest from studying for exams, I would read. Not any old book, but books by authors like Sir Walter Scott. They were hard to read, so kept my brain in the right gear for studying while still being a relaxing change. In the same spirit, I thought that as I'm in the middle of doing the research for "Famous Animals Volume II" (stay tuned) I'd write a blog post that required a little light research.

My friends of Facebook are woefully aware - because I keep boring them with the results - that for Christmas, I was the happy recipient of a new camera. I've taken a huge, one could even say embarrassing, number of photos since then, of which this is one - 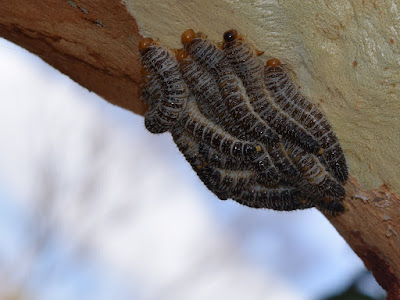 Sorry to the squeamish amongst you. I should probably have put a warning. Aren't they like something out of a horror movie? These things used to terrify me as a nine-year-old, just out from England. Their name, 'Spitfires', is enough to scare anyone. As an adult, I'm less impressed by their name or their spikes, though I admit I did stand back a fair way to take this photo. I was quite surprised to find them, as I hadn't seen any for quite a few years. Of course, I hadn't actually been looking for them.

Spitfires are not caterpillars, but are the larvae of the Sawfly, which isn't a fly but a form of wasp. It's an unusual wasp in that it doesn't have a thin waist or a sting. The female lays its eggs inside eucalyptus leaves through a serrated ovipositor, hence the 'saw' part of its name. The larvae stay together in clumps like this during the day and move apart at night to feed on leaves. If they're disturbed while in these clumps, they exude a liquid from their mouths which smells strongly of eucalyptus - a deterrent to all but the most hardy predator. Note the use of the word 'exude'. They don't spit...but the name 'Dribblefires' doesn't have quite the same ring to it, does it?

From what I can gather, this particular group of hugging creatures is rather out of season. They're supposed to climb down the tree and pupate in the ground in the middle of spring and it's now the middle of summer, but maybe the unseasonal wet weather we've been having lately has spurred the sawflies on to laying more eggs. Whatever the reason, I'll be very careful when walking under that particular tree for a while to come.
Posted by Kate at 8:36 pm 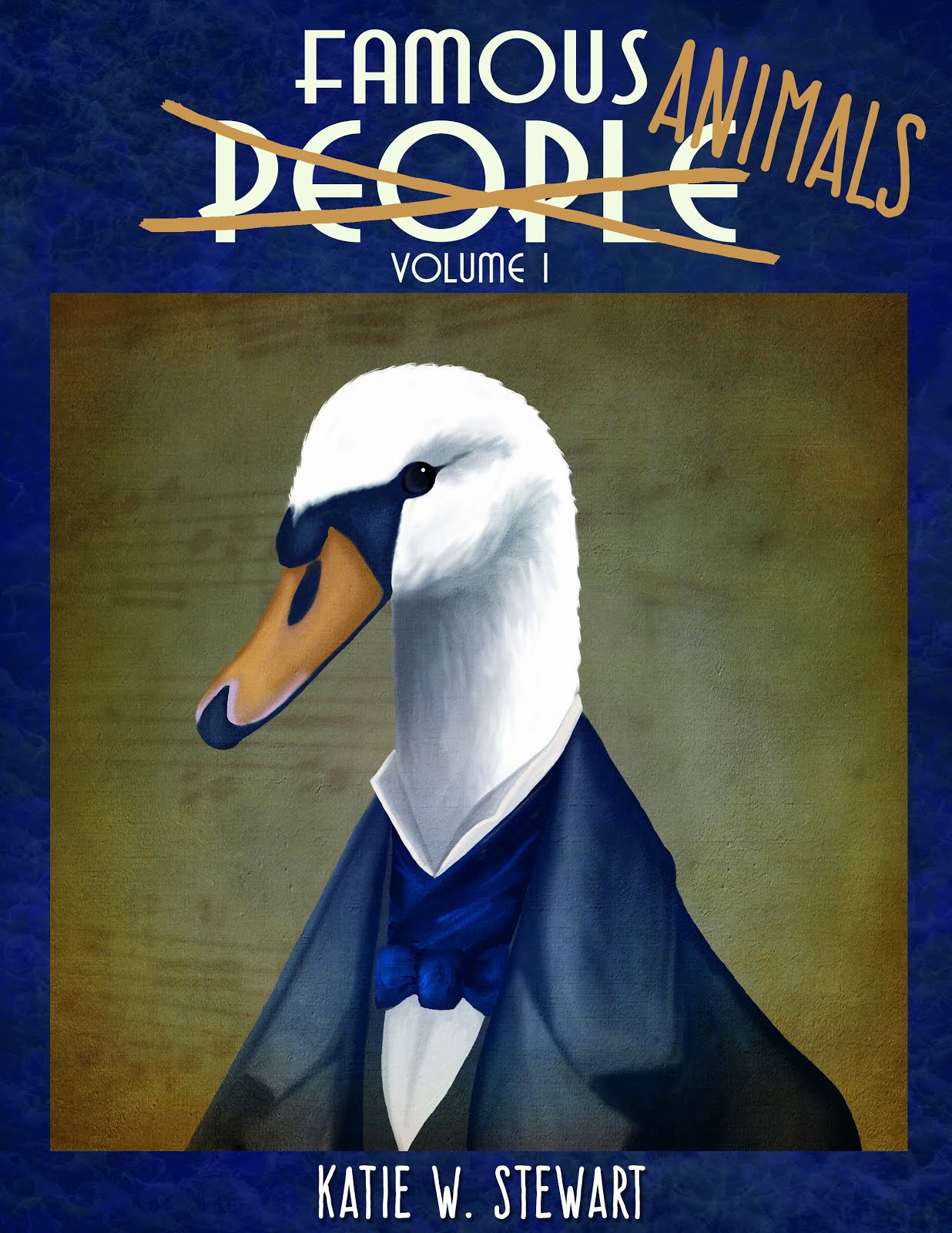 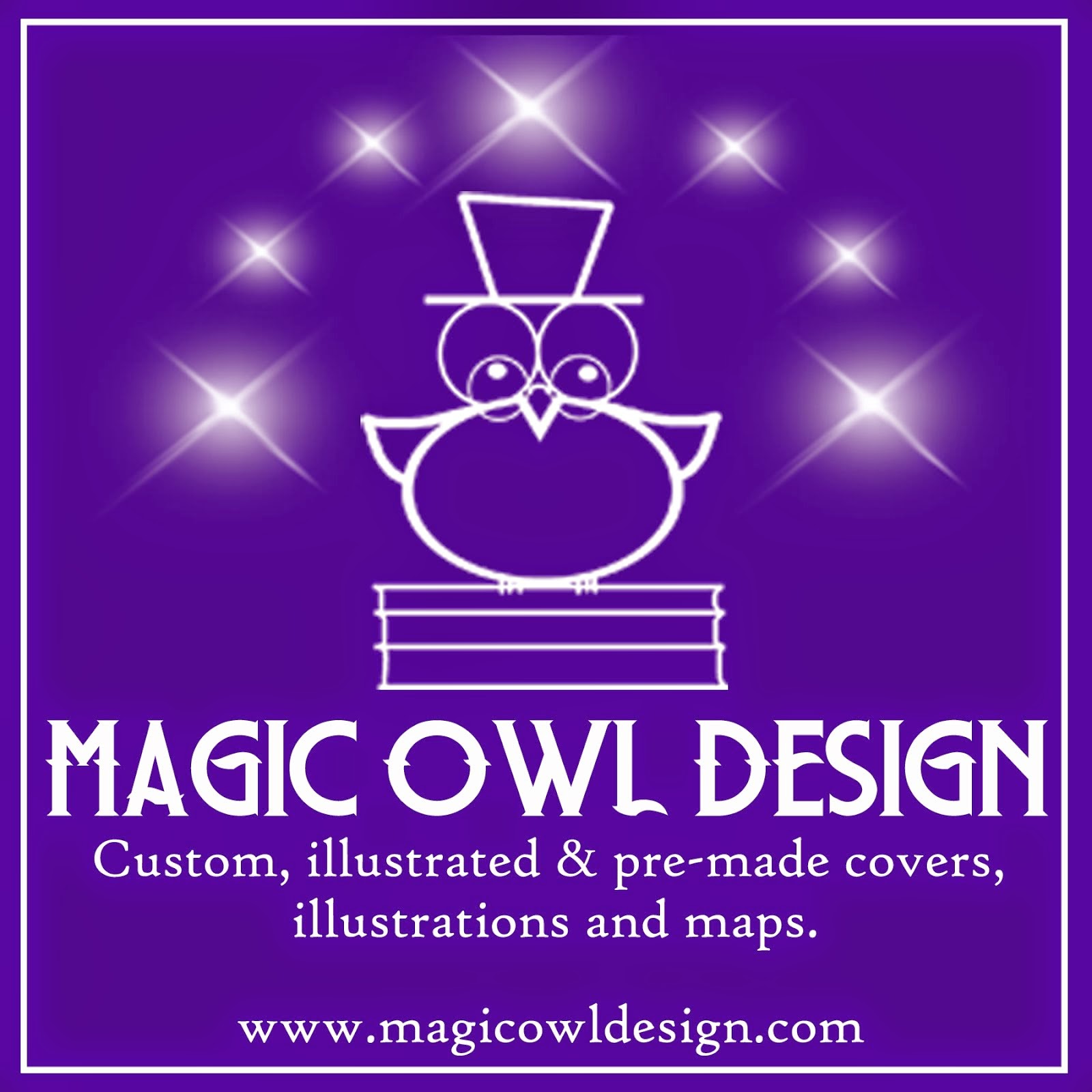 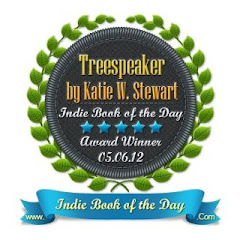 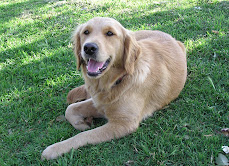